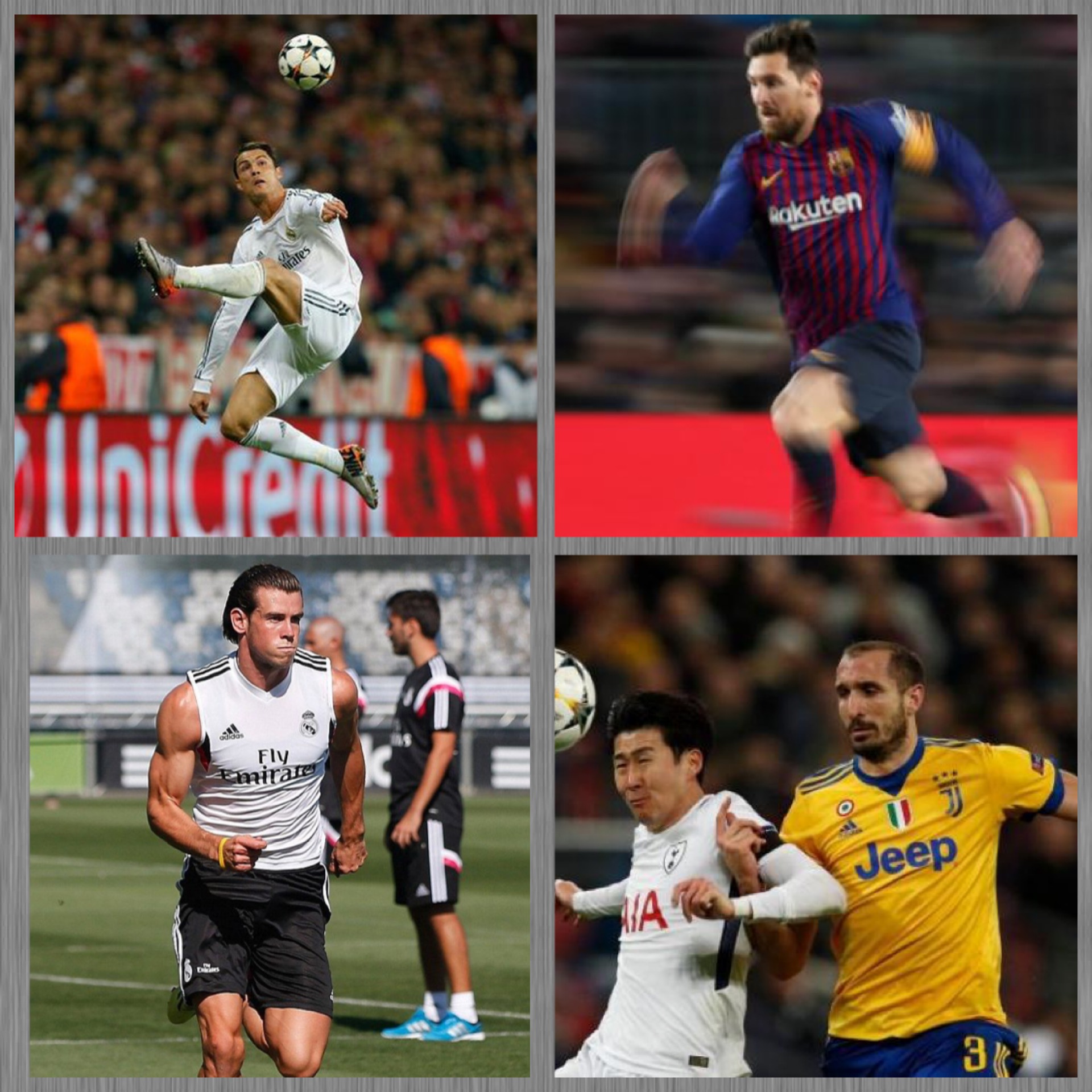 Soccer Players ARE Athletes and NOT Just Intellectual Beings

Every now and then I come across something on social media that is so inaccurate, so undeniably false, that it actually hurts my eyeballs to read it, and even more so my head when I try to understand it. It’s unbelievable, seeing someone that lacks understanding of the very topic being discussed, making a ridiculous statement and even making fun of others in the process who definitely know better. This is what I call an absolute farce.

I do believe that soccer is played with tactics and smarts, but stating that soccer players are NOT athletes and that the game is played solely with the brain is just false. First and foremost, any sport you play, if you are in a professional league it means that your IQ of the game is already beyond everyone else’s, but last I checked, if you lack athleticism you are not going far. To say that it only takes brains to play the game and not speed or power shows a massive lack of knowledge about the athlete and the game of soccer, period! I also mentioned these comments to some of my pro players and soccer pro development scouts, managers and tactical directors I know and they were all insulted by the sheer ignorance. We are in the year 2019 and to see someone state that soccer is played only with brains is insulting to players who work extremely hard in the gym many times per week just so they can stay in the athletic shape required to perform at a professional level, which is getting more and more demanding every day. Even when you ask pros in athletic development and other experts, they seem to always rank soccer amongst the top 10 most ATHLETIC sports to play but I have to read on social media that apparently they are only engineers and not athletes. What world do you live in?

I guess if they only use their brains, they must be teleporting around the field and not actually running or sprinting? Last I checked, in soccer it takes 90 minutes of endurance, SPRINTING FORCE, dekes, bicycle kicks, tackles or even being fast enough to avoid tackles and in the process, most likely avoid injuries, ball recovery, constant side to side movements, jumping, OUTRUNNING YOUR OPPONENT, running or sprinting back to help your team, ball hitting power, etc… sometimes having to do all of these in a span of just seconds but hey, I guess it takes no athleticism and conditioning for all that according to some. As long as you are intelligent, you can play soccer at a high level from what I am gathering by the comments.

During certain plays, a player can be under fire for a few minutes, let me tell you, the body takes a beating while this is happening. It seems to me that this is the very definition of an athlete but nope, I’m obviously wrong because apparently all this can be done strictly using intelligence. Perhaps I should try getting my accountant signed with a pro team via my connections, he’s about 80lbs overweight but it’s ok, he’s really smart… I’m sure he can play for a major club. I guess when they train they must be doing math equations in a classroom and not working their muscles in a gym. I will repeat, many of my players were very insulted by these comments. I have worked with over 100 players and each and everyone have gotten better at their game by working hard in the gym. That says all you need to know.

Every sport has tactics and some have even more than soccer but without athleticism, you lack the means to make use of that intellect. Hockey, for example, is no longer the same since they started training for the sport the way they should. Strength and conditioning training has completely changed the game of hockey, football too, for that matter. Even Wayne Gretzky has admitted many times that he would never ever do what he did in today’s game because it would not work, back then, they did not train, training camps and practice was their training. Today athletes prepare themselves in a gym with concrete strength and conditioning coaches to get them prepared to play grueling seasons and at the same time become stronger and faster and more agile and efficient at their position and sport altogether. Today they are pro athletes and behave like Olympians and not just hockey players or any player of any sport for that matter. This is why these sports have gotten better and more entertaining, because the players have gotten tougher and faster without losing the skills and tactics. In fact, their skills are better today and anyone who loves hockey will say the same and agree with my comments here. The game has never been better! This is where soccer is headed as well and it must.

Speaking of slower players, are you gonna tell me that Andrea Pirlo, having been trained properly for better speed and strength would be worse off? HELL NO! And if you say yes, you clearly have no idea what you are talking about and need to be educated in athletic development. Or what if we invert the statement and ask what if Messi and Ronaldo were slower, would they be such phenomenal soccer players? The answer is ABSOLUTELY NOT! It is insulting to see such ignorant comments and the people that take them seriously are encouraging the very problem and downfall of athletic development and the evolution of the sport of soccer. That is the craft of strength and conditioning, taking an athlete and making him better at what he does, pure and simple. All athletes, and this includes soccer players because yes, they are athletes too, get better if appropriately trained. Not to mention that soccer is becoming more and more demanding, IN FACT, due to its evolving ATHLETICISM!

Soccer is becoming faster and faster and these old antiquated notions of playing on a huge soccer pitch with brains alone need to stop. It is classic caveman thinking. If you are performing all of those movements I mentioned above, you ARE AN ATHLETE and anyone who says otherwise needs to be seriously questioned as to their ability to help your child evolve in soccer.

Evidence shows that faster players have stronger legs and upper body, and this means that you have less risk of injuries, as well as improving running economy since it takes less effort to maintain the same amount of work. So if we know this to be 100% accurate, is there a reason why anyone trying to develop soccer players would say the opposite? The only thing I can assume is that if you say the opposite, you clearly have not only zero understanding of the game but zero understanding of the human anatomy and its functions and movements and developing soccer players is NOT something you should be doing.

Thank you for reading and below is an article that you can also read which supports the athletic aspects of a soccer ATHLETE.