An opinion is just that, an opinion! BUT a fact is undeniable and here are plenty of facts concerning gluten.

It is important to understand that NO ONE is gluten allergic!! The correct term is called gluten intolerance. HUGE difference! In my practice alone, over 90% of people I tested are intolerant to gluten and the other 10% had minor and/or major different effects from it. If you ask me, that is a pretty clear statistic that we shouldn’t be eating it. Don’t you think?

We know through human history and through science today that our bodies were never designed to eat gluten and yet, with all the facts, proof and evidence, there are still people debating this or are skeptic about it. Some even call gluten intolerance a scam. Meanwhile, back at the ranch, the truth and reality is that there are hundreds of thousands of people that are suffering with this problem. Furthermore, many doctors, clinicians, specialists and health practitioners like myself have extensive evidence and experience to know what we are saying are absolute facts!

It is greatly proven today that gluten cause’s harm in a large percentage of people and that most people would do best by avoiding it. We have learned more about gluten in the last 10 years than we learned about the Roman Empire in the last 2000 years. I can’t make it clearer than this on how much evidence there is on the damage that gluten causes. In fact, the evidence that we DO have is pretty damning. I think the cautionary principle should apply. Why eat something that is likely to cause harm, when you could eat something else instead that definitely won’t harm you?

I have been privileged to have been around the very best in the industry and also been educated by some of the most highly skilled professionals in health whether it be by specialists, doctors, surgeons, pharmacologists, clinicians, chemists, phytotherapists, etc…I have heard many of these professionals speak. I can tell you first hand that the evidence behind gluten is horrid!

Gastroenterologists show on very healthy people and non intolerant to gluten that only very small amounts of gluten did enough damage to the intestinal lining that it would take many months to repair. Every single person who eats gluten regularly has massive gut problems and major chronic issues that lead to many diseases and they also have leaky gut. Every single person that I have removed gluten out of their diet have all reported much less symptoms to completely none whatsoever. The most common are no more brain fog, no longer sluggish, sleeping better, digesting better, no longer bloated, swelling is gone, joint pains gone (gluten is very inflammatory for those of you who don’t know), energy is phenomenal, focus is clearer, concentration is much better, weight loss, mood is overall better, no longer depressed, etc. Pretty significant results if you ask me.

FACT #1 : WE WERE NEVER DESIGNED TO BREAK DOWN GLUTEN.

Simply said, gluten is like glue and therefore acts like glue in our digestive system. Have you noticed that when you put the bread in your mouth it acts like glue as you chew it, as it is very sticky? Imagine what it’s doing to your stomach then and especially to your colon! It’s totally clogging up your colon and hindering free flow in your gut, slowing down your digestive system, creating constipation and sticking to your gut walls like glue. Hence, why gluten tears your intestinal lining and is a perfect recipe to begin chronic diseases as over 70% of our immune system is in our intestines. Our enzymes are also not capable enough to break gluten down optimally. Think about it, the world is massively obese today and over 85% of the culprits are wheat, sugar and anything processed. What’s in wheat and processed food? Gluten!

FACT #2 : MANY BRAIN DISORDERS ARE ASSOCIATED WITH GLUTEN AND PATIENTS SEE DRAMATIC IMPROVEMENTS ON A GLUTEN-FREE DIET.

Gluten has severe effects on the brain. Many cases of neurological illness are caused and/or exacerbated by gluten consumption. This is called gluten-sensitive idiopathic neuropathy. The main neurological disorder believed to be at least partly caused by gluten is cerebellar ataxia, a serious disease of the brain that involves an inability to coordinate balance, movements, problems talking, etc. It is now known that many cases of ataxia are directly linked to gluten consumption. This is called gluten ataxia and involves irreversible damage to the cerebellum, a part of the brain that is important in motor control. Many studies show strong statistical associations between gluten consumption, gluten sensitivity and cerebellar ataxia. There is also a controlled trial showing that ataxia patients improve significantly on a gluten-free diet. There are several other brain disorders that respond well to a gluten-free diet:
Schizophrenia: A subset of schizophrenia patients sees massive improvements by removing gluten.
Autism: Several studies show that people with autism see improvements in symptoms on a gluten-free diet.
Epilepsy: There are several reports of patients with epilepsy improving significantly when removing gluten.

**CHALLENGE: I encourage you to do the test yourselves and eliminate Gluten For 30 Days!** 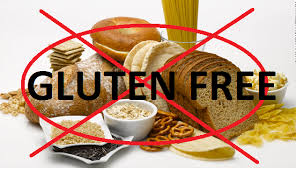 Keep in mind that wheat (the unhealthiest grain, by far) can be problematic for many reasons, some of which have nothing to do with gluten. Many chronic illnesses today are caused by wheat and sugar, period!

Give this a try, eliminate gluten for 30 days (no cheating), then eat a meal with gluten and if you experience adverse effects, then you know you have gluten sensitivity and/or intolerance and should make a serious effort to avoid it. If you have any mysterious health issues, then you owe it to yourself to try a gluten-free diet for 30 days. You have nothing to lose.

And for the record, you can’t become intolerant or allergic to something you don’t touch. You can become intolerant by having too much of something or you just are intolerant or you’re not. Saying that you become intolerant to gluten when you avoid it is non-sense. The human body is an incredible design and knows what it needs and wants, but today we are force feeding it stuff it doesn’t want and guess what? We are the most ill we have ever been in human history.

Here are some links on different articles and studies you can read more on gluten and how it affects the human body….